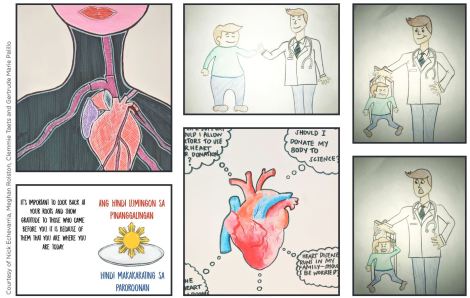 From the Newberry Library to Chicago itself, there are ample opportunities for DePaul students to learn and explore.

Back when he was teaching humanities courses to medical students, Professor Craig Klugman noticed something alarming.

“I would get them the very first week of medical school, and they were so interested and so excited about my course. But when I saw them again after they had taken six weeks of microbiology, it was like the living dead. They had just lost all interest, all spark, and I couldn’t get them to be interested,” says the bioethicist and medical anthropologist who teaches in DePaul’s Department of Health Sciences.

Klugman blames their crushed spirits on a “hidden curriculum in medicine” telling them that the arts have no place in the sciences.

But Klugman has made it his mission to prove the opposite: that art, poetry, literature and film are exactly what students in the health sciences need, not just to be better people, but to be better practitioners. Since joining DePaul in 2013, he has infused a healthy dose of humanities content into the College of Science and Health.

Over the course of his health humanities class, students visit the DePaul Art Museum, watch the movie “Gattaca,” learn about making graphic art from a nurse who created a comic book about her experiences on the HIV ward and interview seniors to write their stories.

“I think you start with humanities, because healing is about connecting with other people,” he says.

Klugman’s class is but one of many innovative ways faculty and students across DePaul are pursuing knowledge. Whether they are participating in interdisciplinary courses at the Newberry Library, delving into the riches of DePaul’s Special Collections and Archives, or exploring DePaul’s second classroom—the city of Chicago—there is no shortage of unique ways to pursue learning and exploration at DePaul.

On the first day of Klugman’s course, he greets students with Margaret Atwood’s poem “The Woman Who Could Not Live with Her Faulty Heart.”

“The coolest moment is when they realize that her poem sounds like a heartbeat,” says Klugman. “I’ve taught this class three times, and I’ve never had a student not come back after the first day, because they absolutely get hooked on the idea that science can be represented in art, and that art, like science, is open to interpretation.”

Marisa Coursey (CSH ’19) is one of those students. The 22-year-old majoring in health sciences with a concentration in nursing plans on enrolling in the accelerated MA degree from DePaul’s School of Nursing in the fall.

“It was difficult going from an organic chemistry class to taking Dr. Klugman’s class. I was thinking, what does this have to do with medicine? But it was so inspiring to put the focus back on treating a patient as a person with a family and a story. They are much more than just a case study. It reminds me why I want to become a nurse in the first place and why I’m so passionate about this field,” she says.

Klugman’s passion is based on more than just a love for the arts. The two studies he co-authored while teaching at the University of Texas Health Science Center San Antonio show that teaching medical and nursing students how to view art significantly improved their observation skills, which directly correlate to their success observing patients. His forthcoming book, “Research Methods in the Health Humanities,” showcases the research methodologies of this new field.

If Klugman has his way, the types of courses he’s offering will give students invaluable tools to approach something far greater than a specific set of professional skills. They will be better equipped to deal with this thing called life.

“Being ill and being well are parts of the human experience,” says Klugman. “We will all someday be a patient and someday take care of somebody who is ill. So if you have this pool of knowledge and strength and ideas of how to think about these things, you’re going to be better able to deal with it.”

Over the 2018-19 academic year, undergraduates lucky enough to make it into the interdisciplinary seminar Modern Literature & Art in Chicago, 1900-1960, got to call Chicago’s own Newberry Library their academic home for the entire school year. 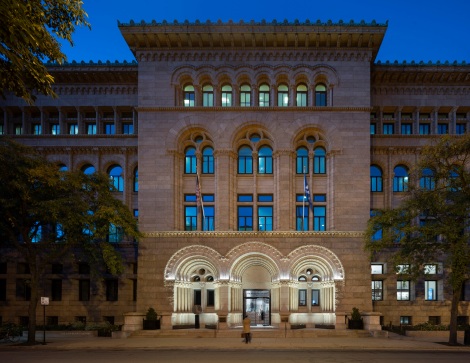 “This is a pretty unique opportunity,” says Mark Pohlad, associate professor of the history of art and architecture, who co-taught the seminar with Loyola English faculty member Melissa Bradshaw. “It’s among the most advanced kind of undergraduate experiences that a student can have because it’s competitive, it’s offsite, it’s in a research collection and it’s multidisciplinary.”

The Newberry Library Undergraduate Seminar, which dates back to the 1990s, brings students from DePaul, Loyola, Roosevelt and UIC together to take high-level courses co-taught by faculty from the participating schools.

“This is an unprecedented opportunity for students to work in one of the most prestigious research libraries in the world,” says Margaret Storey, associate dean in the College of Liberal Arts and Social Sciences and professor in the History Department, who has co-taught seminars there on the Civil War. “Faculty from across the globe compete for fellowships at the Newberry, and through this program our students are given carrels and treated as fellows. It’s also remarkable for faculty as this is one of the few ways we can co-teach, in an interdisciplinary way, a high-level seminar for undergraduate students.”

The 20th-century literature and art seminar relies upon the Newberry’s vast collection of scholarly and source materials on the history of Chicago.

“Students read the poems and stories of famous Chicago modernists, and then they can actually look at their letters, diaries and primary materials to find out what they were thinking and feeling,” says Pohlad. “In the same way, I show Chicago artworks in class, such as a painting that was made in the 1930s, and then I direct students to an exhibition catalog to see what critics were saying about these works at the time.”

As part of the course, students also visit the Art Institute of Chicago. “We hope this really brings not just history alive, but art history and literature, too,” says Pohlad, who has been teaching at DePaul since 1992. “This will really position our students to embark on their academic career in a really organic way, where even the professors are students of the city.”

When Gertrude Marie Palillo, a first-year student in the College of Science and Health, signed up for Alternative Cultures: Artists’ Books and Zines to fulfill her Discover Chicago requirement—the freshman course that orients students to DePaul and the city—she discovered a hidden world.

“Before this class, I had no idea about this whole world of zines and artists’ books and about the communities connected to them,” says the Round Lake, Ill., native.

But through excursions to places like Quimby’s Bookstore and a reuse center called The WasteShed, alongside deep dives into the collections at the Joan Flasch Artists’ Book Collection and DePaul’s own John T. Richardson Library, she was able to get a real taste of these artistic creations and self-published works.

“This course was an exciting and safe way for students to explore the city, meet people who are making all kinds of interesting things and show off their creativity through their end project—a zine or an artist’s book,” says Heather McShane, an instructor in DePaul’s Writing, Rhetoric and Discourse Department, who taught the course.

From the thumb-sized zine titled “Eye of the Storm” by first-year student Kayla Rose to another on homesickness, the final projects that emerged are eye-popping and highly original. All are available by request for public view in the Richardson Library’s Special Collections and Archives.

Palillo’s final project was a travel zine paying homage to her parents’ home country of the Philippines, which she was able to visit recently for the first time. Her zine has a homespun scrapbook feel, with digitized photos from her trip and hand-drawn illustrations of her favorite Filipino dishes, such as pork adobo. The cover features a Filipino proverb in Tagalog and English: “It’s important to look back at your roots and show gratitude to those who came before you. It is because of them that you are who you are today.”

“I’m here because my parents made the decision to come to America—that was only possible because of their parents’ support,” says Palillo during a break from a day packed with health science courses.
Through this artistic course, she was able to reconnect to her creativity.

“I’ve always drawn as a hobby, and being able to use my creativity has given me a nice break from chemistry and biology,” she says.