What can you learn from unemployed, unmarried women in 18th century rural England? More than you might think.

Andrea Kayne, a lifelong Jane Austen fan, began using the novelist’s protagonists to illustrate leadership principles in graduate courses she teaches in DePaul’s College of Education. Her students loved it, says Kayne, an associate professor and director of the educational leadership doctoral program.

“I use Jane Austen heroines to show that no matter what is going on in the outside world, you have agency,” she says. Educational leaders often feel like victims of circumstances such as budget cuts or old-boy networks. “In particular, women and people of color relate to how Jane’s characters are disenfranchised.”

A corset can be a metaphor for the constrictions society places on women. Austen’s corseted heroines “succeed by not trying to be like the men. They find an alternative path to leadership,” she says. Here’s how.

Elizabeth is not guided by what other people think.

Like Elizabeth Bennet from “Pride and Prejudice,” follow your own values, not those of others. Upending norms, Elizabeth turns down demeaning marriage proposals from two socially acceptable suitors. She values her own happiness and self-worth more than society’s pressure to conform. To be an excellent leader, defy convention, stay true to your core values and don’t depend on others for your sense of self-worth.

Like Elinor Dashwood from “Sense and Sensibility,” deal with chaos by remaining calm and solving problems. Elinor assumes leadership of her family at age 19 following the death of her father and guides them through one catastrophe after another. Her mantra is “I will be calm. I will be mistress of myself.” You, too, can learn to respond to crises with a calm, cool head. Be resilient and adaptable to changing circumstances.

Anne surrounds herself with proven performers.

Like Anne Elliot in “Persuasion,” put your trust in people who prove their worth rather than those with fancy titles and connections. Unlike her father, who is obsessed with status, Anne judges people by their actions. The story reveals that entitlement and privilege aren’t all they’re cracked up to be, and people who abuse their privilege often face a reckoning. As a leader, seek out and cultivate friends, employees and peers who value performance over perception.

Fanny does the right thing, even if it’s hard.

Like Fanny Price in “Mansfield Park,” stand firmly on the bedrock of your principles. By the end of the novel, even Sir Thomas Bertram comes to admire Fanny’s ethical stance and courage of her convictions. Women who work for what they feel is right in the face of extreme pressure and sexist attacks are the modern-day equivalents of Fanny Price. Be resolute.

Like Catherine Morland from “Northanger Abbey,” never lose your capacity for delight. Although seemingly naïve, Catherine’s childlike enthusiasm infects everyone around her. In a pressure-cooker world, great leaders need to inspire creativity, playfulness and joy. Embrace nature, meditation, dance or whatever makes you happy, and encourage others to do the same.

Emma admits she’s not as kick-ass as she thinks.

Like Emma Woodhouse in “Emma,” admit when you are wrong. Emma is a little too impressed with herself, which makes her downfall all the more painful when she discovers she has been cruel. Leaders are human, too, and sometimes make mistakes. Own yours, apologize and commit to doing better. 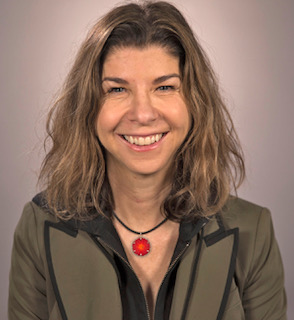 Andrea Kayne, associate professor and director of the educational leadership doctoral program in the College of Education at DePaul University.

This article is based on a talk Andrea Kayne gave at the Jane Austen Society of North America in October 2017 and a post she wrote for Ms. Magazine.

Read about Sarah Pappalardo, a feminist leader in comedy. >>