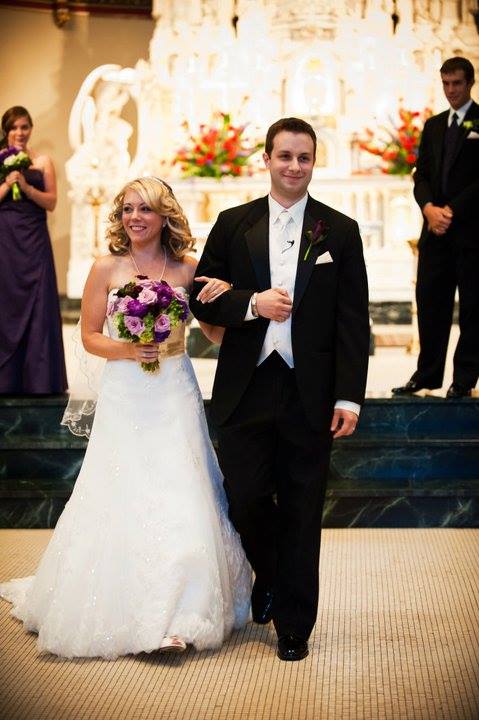 Zach says: Jackie and I first met when she did a reading for the Service Immersion Trip student-night Mass in November 2005. I was in Catholic Campus Ministry at the time and was assisting the lectors with getting prepared for the Mass. When I first met Jackie, I remember thinking that she was someone I wanted to get to know better. We continued bumping into each other in the following months during Masses and through mutual friends. In February 2006, after a Sunday student-night Mass, I asked Jackie out on a date. We were married 4 years later in the same church where we first met and now have a 2-year-old daughter, with another daughter on the way.