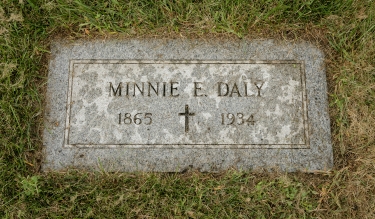 Earlier this year, DePaul donated and blessed the grave site of Minnie E. Daly, the first laywoman to graduate from the university. While doing research for an art project, Brother Mark Elder, C.M., (EDU ’79), lecturer and service learning coordinator in the Department of Art, Media and Design in the College of Liberal Arts and Social Sciences, learned that Daly was buried in an unmarked grave for unknown reasons in 1934, two decades after she graduated from DePaul. After Elder made this discovery, he worked with the university to install a gravestone.

So who was Minnie Daly? Records of Daly are sparse, but Elder spent countless hours trying to answer that question. According to him, Daly devoted her life to learning and sharing knowledge. “She was a lifelong educator,” Elder says.

Born to an Irish family in Michigan in 1865, Daly moved to Chicago sometime in the 1870s. Records indicate that she attended Cook County Normal School from 1879-80, and she had already received her teaching certification by the time she was 15 years old. Daly lived with her four siblings in Lincoln Park before moving to Rogers Park sometime prior to 1912. She remained unmarried throughout her life.

Although Daly was an educator herself, opportunities for women to achieve higher education were slim in the early 1900s. However in 1911, the Rev. Francis X. McCabe, C.M., then-president of DePaul, opened the university’s doors to women, and Daly soon enrolled. Like many students today, Daly likely worked during the day and attended school at night or on Saturdays. While at DePaul, Daly commuted from the home she shared with her siblings. In 1914, Daly graduated with a Bachelor of Arts in education. Eight years later, Daly began her work as a principal in at least two different Chicago Public Schools. From 1922-24, she served as principal of Hendricks School in Canaryville. Then, beginning in either 1924 or 1925, Daly served as the first principal at John B. Murphy School in Irving Park. 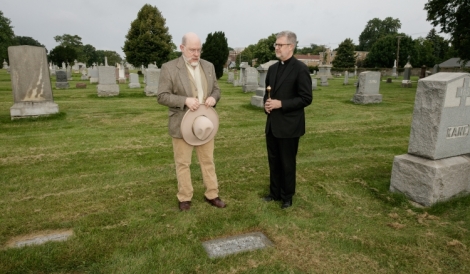 Daly lived to age 69 and was laid to rest at Calvary Catholic Cemetery, just north of Chicago in Evanston, Ill. With no existing obituary and no known descendants, it is difficult to determine why Daly lay buried without a gravestone for so long. According to Elder, the Great Depression and the price of tombstones likely played a role.

Elder commemorated the first female lay graduate of DePaul in his latest mural project, “The Story of the Little School under the L,” located under the Fullerton CTA station. For this project, students in Elder’s mural class painted columns to depict significant people and moments in the history of DePaul. In addition to Daly, the project includes the third president of DePaul, the Rev. Francis X. McCabe, C.M., basketball coach Ray Meyer, Olympian Mabel “Dolly” Staton (EDU ’55), as well as themes of diversity and empowerment.

“When Brother Mark was researching Minnie Daly’s history, he went to visit her grave and accidentally discovered that the cemetery knew the location but that no marker had ever been purchased,” says DePaul’s President, the Rev. Dennis H. Holtschneider, C.M. “When he told me this one night at dinner, I knew instantly that DePaul had to do something. Minnie honored DePaul in her lifetime by using her degree to educate so many. This was the least we could do in return.”

Adapted from an article published in Newsline. 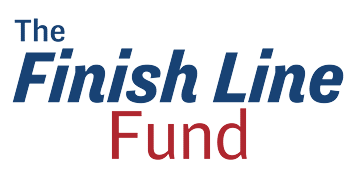