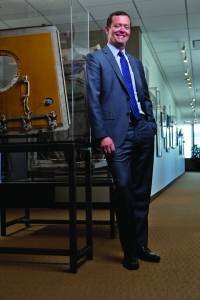 When Michael Cassel (JD ’06) accepted a position at Boeing’s global headquarters in Chicago as director of global corporate citizenship, he knew he would face a steep learning curve. “I had never been a funder before,” he explains. “It was my first time in a role focused on investing charitable funds.” While the position was new to him, the company was not; Cassel’s prior experience in Boeing’s Washington, D.C., office as chief of staff for state and local government affairs, as well as director of strategy, laid the groundwork for a successful transition.

Boeing’s charitable giving areas include education, health and human services, environment, arts and culture, and civic engagement, and Cassel’s team develops locally tailored strategies for those focus areas in Chicago and the Great Lakes region. “We’ve developed a plan that takes into consideration the unique nature of Boeing’s presence in Chicago and the specific needs of this community,” he says. “We help our employees find volunteer opportunities, administer employee giving, and engage senior executives and other employees to serve on nonprofit boards of key partners that align with Boeing’s community engagement strategy.”

Cassel also oversees budgets for grant-making and sponsorship. “Nonprofits are doing great work around the city,” Cassel asserts. “The hardest part of this job is saying ‘no,’ especially when you know the organization is committed to doing great work for the people that need it most. We just don’t have the bandwidth to invest in every worthy organization that approaches us, so we work strategically to invest in causes that most align with our priorities for the region.”

Despite those challenges, Cassel promotes Boeing’s role in the region as comprehensively as possible. “As a company, we believe it’s important to give back to the communities where we live and work,” he says. “On a personal level, it’s very fulfilling and rewarding to be part of that process.” He says that returning to Chicago after five years away felt like a homecoming. “I’m really thrilled to be working for the company that I love in the city that I love.”

“I always try to understand where someone is coming from. I think if we all put a little more effort into understanding why some people have different beliefs, we could end up achieving a lot more as a society.” 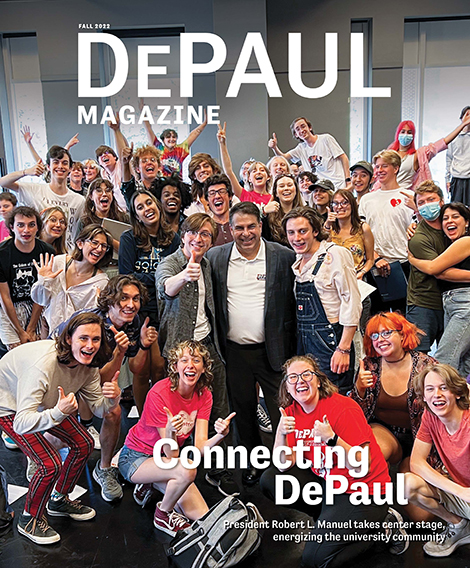