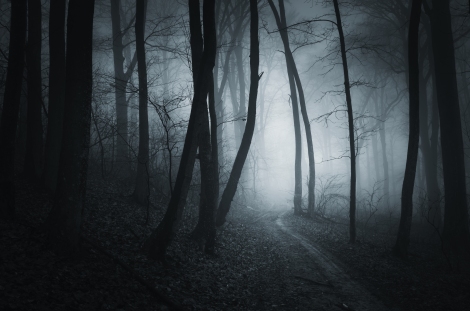 Chicago is a city with a speckled past, rife with stories of murder and intrigue. Among its first tragedies was the Great Chicago Fire, which claimed the lives of more than 100 residents in 1871. A short time later, H. H. Holmes emerged as one of world’s first serial killers—his reign of terror claimed between nine and 200 lives from 1886 to 1894. With the dawn of the 20th century, Chicago faced new catastrophes: the largest theatre and single-building fire in 1903, the deadliest single shipwreck on the Great Lakes in 1915 and the rise of mob activity during the 1920s and 1930s.

The darker narrative of the city is composed of stories like these, stories that often go hand-in-hand with paranormal activity. Armed with this knowledge, Joyce Bean (LAS MA ’77), associate director of first-year writing and lecturer in the department of writing, rhetoric and discourse in the College of Liberal Arts and Social Sciences, takes new students deeper into the underbelly of the city as part of her Explore Chicago course, “Haunted Chicago: The Ghost Story as Oral and Written Narrative.” Bean uses a combination of classic gothic tales—like Mary Shelley’s “Frankenstein” and Wilkie Collins’ “The Moonstone”—and local legends to share a unique perspective of the city with her students. “I teach about the literary aspects of the gothic and also connect it to how multiethnic Chicago neighborhoods use folklore that relates to these things,” explains Bean.

For example, Bean and her students explore Chicago’s Jewish communities when studying “Frankenstein.” “We learn about the golem, the great clay figure that’s animated the way Frankenstein did his monster,” she says. “What are we to learn from that? What’s our theme? There are dangers of human arrogance in terms of trying to take over the purview of God.” Bean then takes her students to Special Collections and Archives at the John T. Richardson Library in Lincoln Park to view and hold an early edition of Shelly’s masterpiece, among other pieces. “Students get excited to see the actual parchment, like pages of a 1890s manuscript on ghost stories of Charles Dickens’ time,” she says. “It adds a new dimension [to their educational experience]. They learn about the subject matter—research methods and the gothic—but they [also] learn not to be afraid to use these primary sources.”

Bean augments the classroom experience with excursions in the field. She brings students on a Chicago Hauntings Ghost Tour and leads a walking tour of Uptown’s Graceland Cemetery. “Students overwhelmingly express their delight at the tours,” she enthuses. “This commentary exemplifies my favorite aspect of the class, which is recognizing my students’ increased awareness of how interest in the supernatural is universal and a great social equalizer. This awareness, plus my love of feeling a chill as I encounter a new ghostly tale, are why I look forward to teaching this course year after year.”