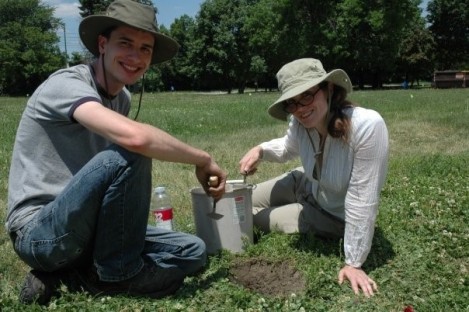 What’s it like to participate in an urban archaeological dig? Kathryn Weber (LAS ’09), who majored in history and minored in archaeology, spent the summer of 2008 excavating in the Pullman neighborhood on Chicago’s far South Side. Under the tutelage of Associate Professor of Anthropology Jane Baxter, Weber and her classmates explored the historical and archaeological significance of this former company town, which President Barack Obama declared a national monument—the first in Illinois—in February 2015. Learn more about the dynamic history of Pullman in the summer issue of DePaul Magazine.

Below, Weber shares memories of her field school experience in Pullman.

What did you unearth during the excavations?
That summer, we worked primarily on the arcade building, which dates to the late 19th century. I believe the project was to delineate the boundaries of the various rooms in the arcade with the idea of creating a garden based on those outlines. I also excavated in the backyard of a row house where Pullman Co. employees formerly lived. We found a root cellar and a barbecue pit, which contained animal bones, as well as a path or walkway along the side of the house. That was really cool because it showed individual and personal attention to the houses and yards that wasn’t part of the original planned layout. [As Baxter explains in the magazine article, personalization of the properties didn’t occur until after the Pullman Co. sold the houses.] 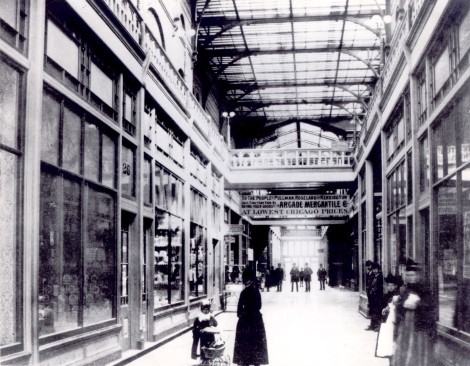 A historic image showing the first floor interior of the arcade. Photo credit: Collection of the Pullman State Historic Site

My major memory is of uncovering loads and loads of brick. I’d put my trowel in the ground and it was brick, and then more brick—it was brick all the way down! But there were also some really cool finds, for example, glass bottles. They are always great artifacts because they’re relatively easy to date.

Besides offering up their backyards for excavations, how were local residents involved in the digs?
The community was really interested and invested in the project. Not only was it fun for all of us to figure out what was happening in this exact location more than a century earlier, but also we were inspired by the passion of the people who live there now. They were just as excited as we were to find out what archaeological secrets their community held.

Furthermore, the project modeled a community participation aspect that is increasingly relevant and important for archaeologists. This project was designed in partnership with local community groups (Historic Pullman Foundation, Pullman State Historic Site and Pullman Bank & Trust), and it reflected the desires of the people who lived in the neighborhood. Local residents were actively involved in a number of different ways. I remember we held a community day where people could practice excavating and learn more about the work we were doing. There was an open feel—the community could stop by any time they wanted and ask us questions about the project, and they did.

You are currently a PhD student in anthropology at Cornell University. How did this experience affect or inform your studies?
This dig was truly a transformative experience. As a history major, I had been focusing on working-class history—I had written a paper on the Haymarket riots and also did an ethnography of working-class Chicago—but I was interested in making the move from text to material. My advisor suggested field school, and this particular project was very pertinent to my interests because Pullman holds such iconic meaning in Chicago and in labor history. 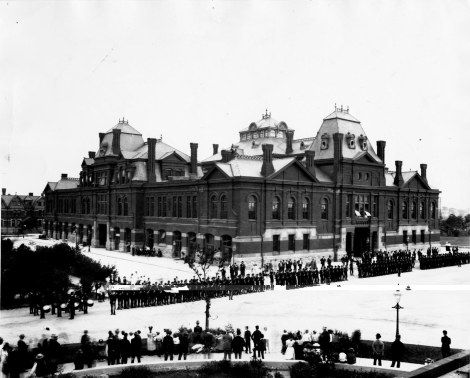 Militia patrol outside the arcade during the 1894 strike. Photo credit: Collection of the Pullman State Historic Site

The Pullman dig actually helped me decide that archaeology is what I wanted to do with my life. Jane Baxter is just unbelievably amazing, so I was really lucky to have her training and support. I think a lot of people enter graduate school in anthropology without experience in the rigorous techniques we use in the field. Even though my focus at Cornell is very different in terms of period and place, the Pullman project set the foundation for my archaeological standards. I learned a wide range of practices that have come in handy at digs all over the world—things like how you lay out a trench or the way you excavate, whether it’s arbitrary or natural layers. All that concrete, hands-on experience was so important. Also, just recognizing the responsibility we have as archaeologists to do our jobs well. That’s the most critical lesson I learned.

Read about Pullman in DePaul Magazine. >>

Discover how one alumnus is prompting creative redevelopment in Pullman. >> 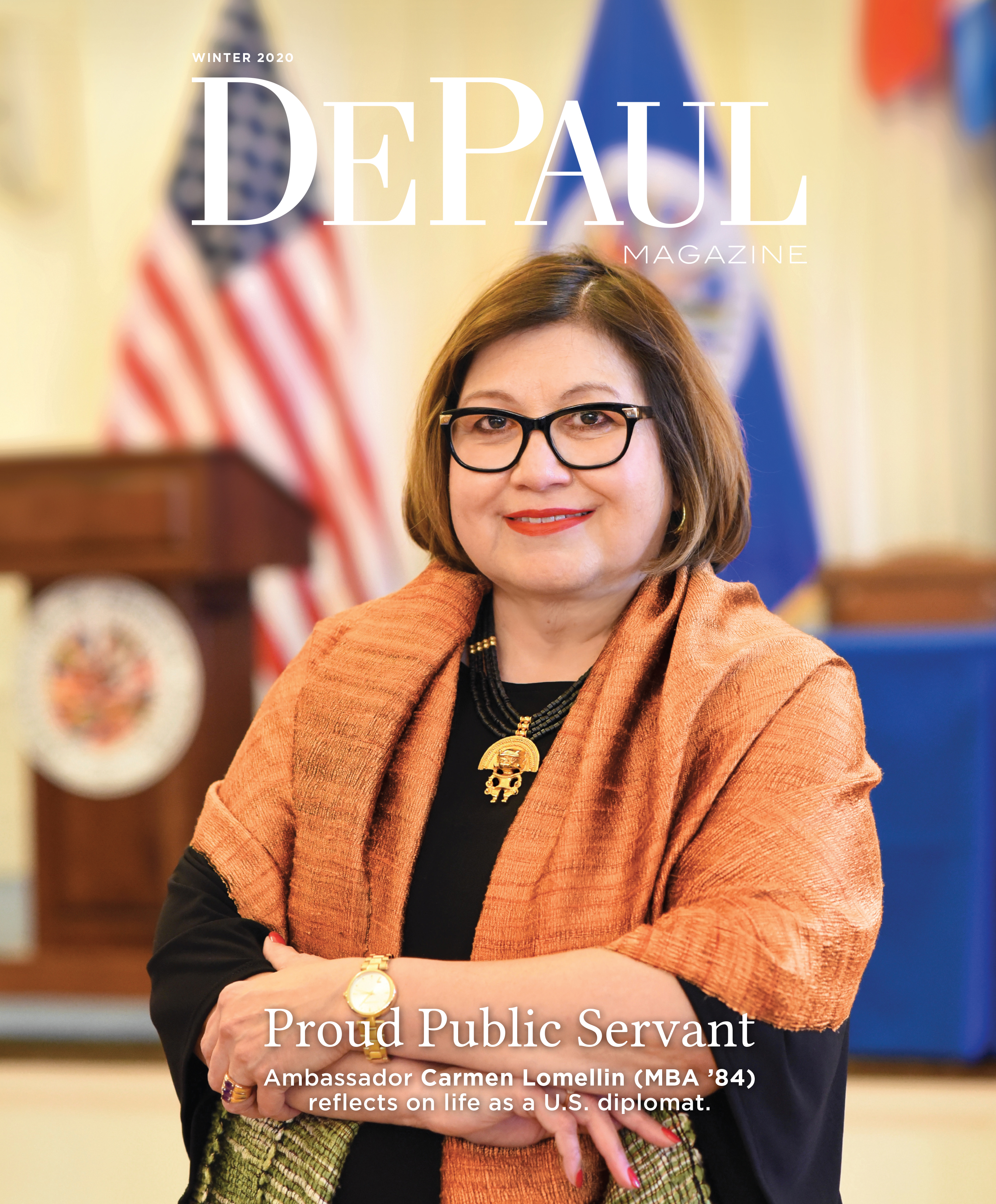