Tucked away in the John T. Richardson Library on the third floor lies a repository of DePaul’s greatest treasures—Special Collections and Archives. Once visitors pass the display cases at the threshold filled with carefully curated materials, they can request a dizzying array of materials for onsite review. In the closed stacks, more than 900 volumes written by or related to Charles Dickens rest near boxes of university ephemera. William Hargate III’s (THE ’58) Emmy Award for costume design can be found mere feet away from the papers of Catholic activist the Rev. Daniel Berrigan, S.J. “Special Collections and Archives gives us a touchstone for who we are as a community and who we are as a university,” explains Jamie Nelson, head of Special Collections and Archives. “It provides a different kind of learning experience for students who interact with our materials.”

The tens of thousands of items comprised within Special Collections and Archives are organized into subsections based on common themes, such as community and university archives, rare books and maps, and Vincentian Studies. Guides allow individuals to explore specific topics within the broader collections, like geography, student life at DePaul, and urban renewal and the Lincoln Park Campus. Special Collections and Archives is open to all, and staff members are on hand to answer questions and help users identify resources of interest.

More than 900 researchers frequented Special Collections and Archives last year, and 66 professors brought their students for classroom instruction sessions. Valentina Tikoff, associate professor of history, incorporates visits into most classes that she teaches. Students from her transatlantic world course inspect Spanish and French accounts of indigenous peoples, while her enlightenment class browses an early edition of John Locke’s seminal text, “An Essay Concerning Human Understanding,” among other items.

“I often show students early editions of texts they have read in another form,” says Tikoff. “It’s the same primary source, but to see it in an original or much earlier translation shows students how even a primary source can be transformed. There’s something about using the actual artifact. It’s not just the information, it’s how it’s presented. Is it a huge book? Can you slip it into your pocket? These questions get students thinking much more carefully.” Students might hesitate when handling centuries-old materials, but instructors and staff quickly dispel their concerns. “The materials are meant to be used,” stresses Vincentian Librarian Andrew Rea. “We are stewards. We want to maintain the collections that we have, but we only have them because we’re attached to this university.”

Selections from the Collections

2015 marks the 200th anniversary of the Battle of Waterloo—the famous defeat that ended Napoleon Bonaparte’s campaign to dominate Western Europe—and Special Collections and Archives boasts more than 4,500 books, pamphlets and other materials in its Napoleon Collection. “The strength of DePaul’s Napoleon Collection is that it covers the spectrum from Napoleon’s rise during the French Revolution to his ultimate defeat,” says Michelle McCoy, former bibliographic assistant. “The breadth of coverage provides opportunities for research in a wide range of activities that span these years.”

This illustration from an 1817 book by William Mudford depicts British and Prussian forces following the Battle of Waterloo.

McCoy curated “Before Waterloo: Imminent Danger,” an exhibit in the reading room that highlighted tensions throughout England during Napoleon’s rise to power. “I wanted to explore how a nation wracked with fear and dread of a possible invasion transformed into the invincible force on the plains of Waterloo,” she says. A companion exhibit on the first floor of the library explored materials pertaining to the Battle of Waterloo and its legacy. “Napoleon was the archenemy, but as the Romantic Movement takes off in the 19th century, there’s also a begrudging respect,” explains Tikoff. “He’s this figure of endless fascination for French national identity, but also for the British. The materials chronicle so many of the different images we have of Napoleon.”

Central to the university’s identity, the Vincentian Collection includes eight letters written by or on behalf of St. Vincent de Paul. These letters—drafted between 1641 and 1660—range in topic, and Rea encourages students to handle the letters, which are encapsulated in archival plexiglass. “Vincent held this,” he stresses. “Vincent wrote this. That immediacy is important for students to understand.” With this pedagogical aim in mind, Special Collections and Archives, along with the Rev. Edward R. Udovic, C.M. (LAS ’76), university secretary, vice president for teaching and learning resources, senior executive for university mission and associate professor of history, began amassing materials to bolster the university’s perception of its namesake.

“We collect books that influenced Vincent in his thoughts and books for which he was an influence,” says Rea. “We endeavor to purchase materials that flesh out the world he lived in. To understand Vincent is to understand the time and place he lived.” In 2016, the university will celebrate the 200th anniversary of the Vincentians’ arrival in the United States with a special exhibit featuring materials from its Opening Day Collection, which includes approximately 1,000 volumes the Vincentians brought from Europe. Highlights include a 1537 edition of Herodotus’ history, a 1604 exorcism manual and a 1652 pamphlet on beekeeping. The Vincentian Collection also includes the DeAndreis-Rosati Memorial Archives, which contains the history of the Western Province of the Congregation of the Mission.

Social justice activist and author Sister Helen Prejean, C.S.J. (DHL ’00), began donating her personal archives to the university in 2010. Letters and personal journals mix with speeches and awards that span 1967–2014. Research, manuscripts and correspondence with death row inmates used in her books “Dead Man Walking” and “The Death of Innocents” are among the most popular materials requested. “It’s an emotionally gripping, difficult collection to work with,” says Tikoff who welcomed Prejean to speak to her spring 2015 honors history course. 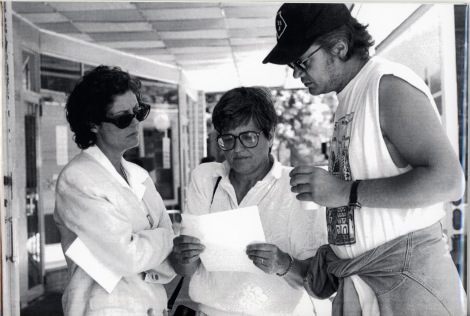 Many students are familiar with Prejean’s work through the 1995 Oscar Award-winning movie starring Susan Sarandon as Prejean. “Even if the students are not aware of Sister Helen’s work, once they have a little bit of background they are impressed and have an immediate reaction to the materials,” says Morgen MacIntosh Hodgetts, special collections instruction librarian. Hodgetts, along with David Bates and John Gieger from the Library of Congress Teaching with Primary Sources Program in DePaul’s College of Education, are in the process of selecting items from the collection for digitization. This will honor Prejean’s wishes to make her collection more widely available to students. “Only the surface has been scratched, so it’s exciting to develop a way for students and teachers who are unable to visit DePaul to access primary sources that will enhance their reading of ‘Dead Man Walking,’” she says.

Christopher Kimpel pored over selections from “Irish National Songster: Containing a Choice of Sentimental, Patriotic, and Comic Songs” for a research paper. The strong Irish studies collection allowed Kimpel, a music graduate student, to explore the impact of this book on Irish national identity. “It gave me a different view on how music was used in the past and how powerful music can be as a tool for enacting change,” he explains. While Kimpel hopes to stay in performance, his experience in special collections opened his eyes to the myriad resources available.

That’s exactly why Music Instructor Anna Grau Schmidt brings her students to special collections. “This might be the culmination of any research they are going to do, but some of them find it gives them new ways of looking at and finding music,” she says. Nelson enjoys the multitude of uses for special collections. “The physical use of materials is guided by our responsibility to care for and preserve fragile and unique resources, but the intellectual and educational uses of the materials are open to the creativity, curiosity and discipline-specific interests of faculty and students,” she says.

For those unable to visit Special Collections and Archives, select materials are available in its digital collections or as part of the digital exhibits.

During the 1960s, the civil rights movement was in full swing. Across the nation, student protests erupted on college campuses, and DePaul was no exception. In 1968, the Black Student Union delivered a list of demands to then-president the Rev. John R. Cortelyou, C.M. (CSH MS ’43). “There was a lot of activity, trying to get the administration to take more notice of the African-American students on campus and their student experience,” explains Andrea Bainbridge, university archivist. 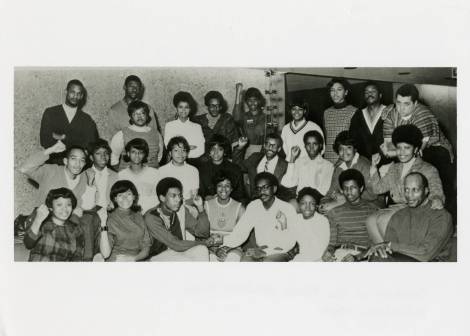 What stands out to Bainbridge is a single memo from the Rev. Theodore Wangler, C.M., vice president for student affairs at the time. He wrote, “Please see to it that a Negro athlete is appointed to the cheerleader selection committee next year. Also, be sure that all students know the times and places of the practices and tryouts.” Bainbridge remarks, “At this point DePaul is starting to try to address some unfairness or inequality that it had fostered—or allowed to happen. This is one of those cases where a simple document can say so much.”

View a gallery of staff favorites from Special Collections and Archives. >>

Access other feature articles from the summer issue of DePaul Magazine under the Magazine tab on the homepage or through the flipbook. >>